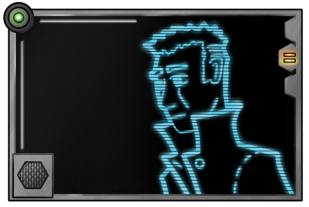 As I sit in the gloom of the hab, lights powered down, it is the only thing on my mind. A searing pain, branded across my consciousness, it makes my skull ache. It makes me want to reach for the numb comfort of hard alcohol, losing my self to senselessness.

In these times, some people do break the rules. They need the physical contact of others, denied by the authoritarian edicts under which we now live. They know the rules are hard to enforce, so they seek the warmth of another. They rush, hidden in the dark of the night, from their hab to another’s. Or perhaps they are more cunning, moving in daylight with a ready excuse on their lips, should an enforcer ask their destination. In these times, everyone is getting good at deceit.

I don’t blame them.

The cryo unit spins up, behind me, sensors telling the machine to draw power as it cools my food store. The hab’s window is cracked open, and I hear fleeting voices pass in the street outside. Brief insights into happier worlds than mine. These are the only sounds, though, as I sit alone in the darkened silence.

I have been deprived of intimacy during the long months of Lockdown. The hidden comforts, afforded by the closed walls of of a hab, have remained the realm of others more worthy of affection than I. Honesty, I know I would have taken it up if it were suggested. It has been so long, and I am so weak.

Instead, I had her. Vague and ephemeral, a promising point in the sea of data, she swam forward and faded, time and again. A digital presence offering more, sensing my loneliness and my need. Feeding off it to sate her own emotional appetite. She was cruelty, hidden behind the words on my screen. Intentions unspoken, a dark need disguised as something else. She lured me in and sought my affection. She was clever.

In these strange times she was the enchantress, a seductive emotional violence that I didn’t see coming.

She said she wanted me. Needed me. When we couldn’t meet because of Lockdown, she wanted my comfort and wished for my company. When the rules changed, allowing us to see people at a distance, she declined; she’d need more more than just that, she said. When the rules changed again, announcing more in the near future, she said she wasn’t comfortable quite yet, but liked the idea. Tell her more, she asked. Convince her.

With the new rules imminent, just yesterday, she agreed and arranged to come over. She offered herself, pleading for physical comfort and attention; needing me, wanting me. She spoke to me in a heady concoction of hunger, lust and nervous excitement. She was vulnerable, yet confident in what we could have.

The new rules took force today and she sent a message to tell me there was someone else. She’s not coming. She doesn’t want to meet. She’s been promised a life by a man far away, one offering to leave his unsuspecting wife for her.

She lured me like a fool, through these past weeks and months, teasing hope and comfort, but knowing she’d never act on it. What she needed from me was my response, never actually my presence. The warning signs were there, but she was skilled in making me ignore them.

The realisation exploded into being, today, and after the initial shock has subsided I find that it makes me want to sleep. To skip forward to a time when my head hurts less. But the tension in my chest – a sickening, tight, clutching pain – won’t let me. I feel breathless and restless, yet lethargic and unable to move. I can barely concentrate.

I want to scream. I’m angry. I’m hurt. I’m lost. And the comm is silent. She’s done her damage and she’s gone, stealing away with what she sought all along. No consequences. Perfect crime.

The lie is in the open, and now, too, I see her sickness. She wants the thrill of pursuit, without the consequences of capture. She wants only the hearts and minds of people that cannot ever have her. She needs to break other people, sating her own thirst with their emotional release. Her victims cannot know her goal or intention, as that would dilute the purity of their response. She needs the high-grade stuff; the real outpourings.

Lockdown is breaking us all, bit by bit. It is breaking our world. Our communities. Our futures. The only winners are those that were already rich; wildly more so, now, beyond even their own giddy and credit-saturated dreams.

Lockdown is breaking everyone and everything. But some people were broken long before Lockdown ever took force, thriving as they crushed others with every intoxicating wile available to them.  As with so many others, in these days they also needed to adapt the way in which they work. And she just served up a fucking masterclass.

We are all more broken by Lockdown.

Right now, I’m even more broken than that.