I started the day, scrubbing down the main windows of the hab. A dusting of mould had gathered in the past week, and the outside surface had become too coated with winter dirt. So I started the weekend cleaning. It makes for a refreshing way to get going, I suppose, to be actively up-keeping life as the first part of the two-day break. But part of me yowls at being so adult.

Rising late, recovering from a week that felt too long, I also brewed a cup of leaves before getting to the windows. I still haven’t refilled the caf supply. I was up late, although I shouldn’t have been, really; quietly drawing into the deep of the night. I consciously forwent an early start today, opting to burn the candle shorter then, instead.

The neighbours had a huge row, not long after I got back from work. The ceiling shook in rage, expressed in raised voices and thumping steps. Accusations flew, and words were said that should not be easy to unsay. Then it went quiet as one left for the night, returning late, not long before I retired to the sleep-mat.

This morning I saw one take an empty bottle of wine out to the municipal recycling point. This afternoon, I saw them both, briefly, through their hab window – locking in laughter and embrace. They are volatile, but apparently that is part of their relationship.

I took a slow, crowded, transit into the local township. It is part of Citadel, but to the south, almost an independent entity in this own right – if it wasn’t for its proximity to the sheer economic weight of Citadel, itself. It aspires to be a ‘music city’. I hope it achieves this aim, as I don’t know where to find local music gigs. Maybe this would help.

During the journey, I noticed a higher-than-usual concentration of men on the streets and in the bars. There was a fixture on at the nearby stadium, it would seem. Wrapped against the winter wind in jacket and booze, they made their pilgrimage to the temple of their sporting gods. There to stand and chant, revelling in the swell of camaraderie and human emotion. It’s not my thing, but I get it. It speaks to baser, more primal, human instinct. That’s not always a bad thing; to remember what makes us, well, us.

I planned to stay in town for a few hours, exploring a little and then lurking in a small, dark, rock bar. My exploration was successful and I found several places I will revisit. Not least, a gaming arcade. It’s nice to se one of those surviving. In central, they have all died out, pushed out by more profitable retail, commerce, and dining.

In the end, I didn’t stay long. The bar was quiet, just a few lonely older men quietly watching their drinks. The music playing from ageing speakers was good though, I’ll give it that. In the down time between customers, the bar staff swapped stories and small talk with one or two regulars over the wet, sticky, wooden bar top. Maybe if there had been some sultry rock-chick to chat to – or wish I had the courage to chat to – I’d have stayed. Instead I enjoyed the place for as long as one stim-drink lasted, then left, letting the door click shut behind me.

The transit home was even more crowded, and I was forced to stand, swaying as it made its winding way back through the streets of southern Citadel. It was a short foray into the outside world, a brief sally from the bunker of my hab. 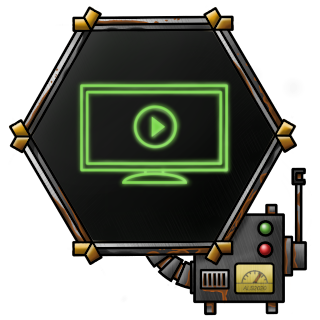 Once home, I put on a stim show I had heard about. It was about a jewellery store owner with a gambling problem. It was a visceral, frenetic, observation of one person’s life, an invitation to look in on a more chaotic way of living. It was good. The main actor is known for his much simpler comedy work, usually, and many forget how good he really is. He seems to do what he wants to do, and I think that’s a good way to live. Don’t listen to how the talking heads feel you should live; have your own life.

Now, after I have eaten, hung some washing on the heating bars to dry, and the show has finished, I’m left wondering what to do with my night. Stay in, having yet another quiet one? Or go out, to the local bars – seeing if anything out there makes me want to stay put for a while. Or do I go deeper in to central and absorb the ambiance of the night time revellers?

Maybe I just head back to that rock bar, and see what it’s like in the evening?

The possibilities are not endless – they seldom are. The finer nuances of a night may be unpredictable, but most nights out will unfold along a fairly predictable pattern. But there are several options available for me, depending on the level of effort I want to make. All involve me being alone, only the place I choose to be alone in will change. At home, or in the middle of a crowd.

I haven’t decided yet. But the sofa is warm and comfortable.