I sit in a small room, above a bar. Despite the central nature of the venue, to many within Citadel this place is unknown. Nestled near, but not immediately next to, one of the main transit terminals, this place is more the haunt of locals. Commuters and travellers at the terminal are absorbed by the nearer, larger, more rowdy bars.

We had climbed a narrow stairwell at the back, and now perched on rows of thin metal chairs, the kind that can be quickly folded and stored. We sit, in shadow, facing a stage. There were maybe fifty of us, strangers bought together for a while. Lives converging, just for a moment.

I couldn’t tell you much about the room, really. It was basic fare for they type of bar. A dark – maybe red – patterned carpet, white walls, dark wooden trim. An deliberately unthreatening venue, designed to offend no one.

In front of us, on a small raised stage, stands a man with perspiration glowing on his brow. He cups a hand over his eyes to shade himself from a bright spotlight, then blows hard with an expulsion of breath from his lungs. He folds over and places his hands on his knees.

The audience laughs. In just a few moments, with a cheerful demeanour and welcoming sense of self-depreciation, the comedian has already gained the acceptance of the crowd. He had been dancing a small jig as he waited for us to arrive, and the physical exertion had – or at least he wanted us to believe it had – unexpectedly given him his first joke of the night.

Citadel is a place when the finest acts and talents in the world can be found, filling vast auditoriums with their draw, enlivening nights with their soaring talents. Glamour, success, opulence, glorious displays of skill and technique; all can be sought by the visitor with the credits.

But the city also caters for the beginners as well as the journeymen. The mainstream that shines in the bright lights, and also the Fringe, lurking in the hidden venues away from the beaten path. It is here at the edges, where the obscure, the irreverent and the unique can be found. I like to visit this world. There is something I like in the raw display of showmanship put in the Fringe. The humility of the performers, and the intimate connection with each night’s audience. Some will go on to vast success. Some will not.

This particular night, as the comedian cajoles and plays with his audience, is part of a wider festival. For an all-to-brief-while, the diaspora of Fringe performers – the alternative nightlife of Citadel – are bought together in concentrated and consummate showmanship. For a few weeks at the beginning of each year, they can be found in the Vault network that resides under and around the terminal. They are there if you look for them. Hidden, if you are simply passing in the night.

This ensures a receptive crowd. Those of us who are there, we sought them out.

As long as there are humans, there will be stories to tell. As long as there are stories to tell, there will be performers and their audience. No technological development could, or should, take that away. It is a raw and true part of the social transaction. We live together to experience life together. As we are consumed by our consumptions, drawn thin by the lure of the data feed over personal interaction, it is good to revive the sense of communal belonging that can come from visiting the Fringe.

Tonight is the second show, for this particular act. The comedian has the engagement and forgiveness of a warm crowd. Engagement that he quickly earned. Warmth that he effortlessly nurtured. Not every joke lands perfectly, but laughter erupts often enough to show that this man is indeed pursuing a promising career. There is no doubt that he is working, on and off of the stage, to refine the humour and the jokes, and I can’t help but wish him well. 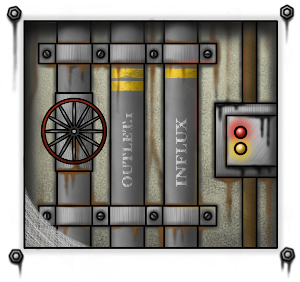 The weird, the wonderful, the eclectic and exciting all invite us to explore the minds and perception of others, here on the Fringe. Stories and tales are told through performance, a gaggle of unlike minds briefly drawn together into a comforting home. Pushed out from central, the performer’s old melting pot has been absorbed by retail and commercial interests. Taking impersonal advantage of their prime locations, and ridding the work of exactly what made those locations so special. But here, sheltered in the Vault, the scattered bands of troubadours and talent come together, once again.

It is something special. It won’t always amaze, but it will always be something you did not expect. And the value of that should not be underestimated.

Some nights, to let go of the concerns of life, the mind and body crave the thump and thrum of music; drowning the senses in a wash of auditory impulse. On others, we want the distraction of a stim show, back at the hab or at a picture house – if the credits can be spared. There are times when the best thing to do in Citadel is find a bar, one with a good view. Watching the ebb and flow of humanity, weaving through the cast of light in the night-time streets. Letting thoughts drift and turn on the tide of people.

But tonight, here in the small room above a bar, it’s good to laugh.