Locked in a dance that will long outlast humanity*, the Earth and its moon spin ever-onward in their tandem orbit of our star.

A bright point burning in the vastness of space, that star cares little** for the concerns and cares of the lives that it nourishes. Little for the rocks that swing around it, little for each dance, and less for each precise and predicable rotation within them.

But for us, they mean a lot. We watch the passing of years, months, seasons and tides. We see the pull of our moon in the very world around us, as water flows and as water recedes. We know the tilt of our planet in the height and warmth of that distant star.

Each year, we experience four distinct seasons. Each month, we watch the wax and wane of our moon. Each day the water comes in, and the water leaves. The planet breathes.

It makes sense, to me, that we also feel our lives in such rhythmic fluctuation. Observable patterns are there to be found even within the seemingly unpredictable microcosm of our own selves. Our interactions with others, our behavior in response to events, and our emotions throughout each week, all have an up and a down.

I reflect on this as a lie, sleepless, in the dark. My sheets are slightly too thin, although I’m better in the cold than the warmth, anyway. I’ve nested myself within a cocoon of my own body heat, wrapping the fibrous fabric around me and lying on my side. One knee half-pulled up, one arm under a pillow, I lie – without realising – in the recovery-position. I stay in by huddle of warmth, not venturing to the wider reaches of the sleeping pad; the chill out there keeps me in place.

Half-thoughts and observations sigh through my mind, slowing as I descend towards sleep. My body performs its own internal checks as it powers down, and I feel myself drifting. I embrace this sensation.

There is a hollowness inside of me. Imagined, yet it feels real. An absence in my life. One made all the clearer as I hear the tick and thrum of the hab’s own auto-systems, working their routine in the otherwise silent space. An absence that is underlined, as I hear the muffled murmur of other voices in the block; lives all entering their own version of the standby cycle. Life powers down. Relationships power down. The presence of each other, though, is still known. A shared warmth in their sleeping pads that is sensed as much as it is felt. Unlike the empty, cold, space next to me. 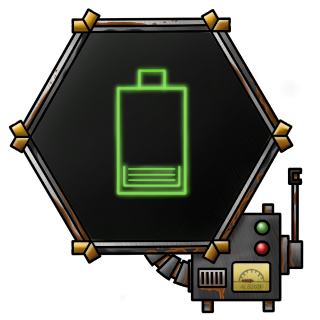 I’ve been content in my weekend, my solitude almost unbroken – and by no meaningful conversation even on the fleeting moments when it was. I’ve been focused on my own tasks, enjoying the occupation of hobby-work, and the sense of personal productivity that it created. But as the hours passed, I also became more deeply aware of the isolation, a sense of loneliness held back by a failing barrier of preoccupation.

It is there, lying in bed at the end of the weekend, that I sense it the most. There is nothing else to focus on, nothing else to distract me. There is only the perpetual emptiness of the space in the bed next to me.

This is my own ebb and flow. The moments of contentment in isolation, or the rarer moments of company, both contrasted against the lack of company when company is wanted. The ache of not having what is needed.

Such company is crafted over time, not built with immediacy. I know this. As I lie in bed, alone and feeling that longing, I also know that it will be the same way for a long time to come. I am, as ever, starting at zero. I feel, tonight, the ebb.

I turn, facing in the other direction, seeking a more comfortable position on the pillow. The fabric shifts with a soft pull as I move, and then there is silence. My breathing slows, and the night pulls in.