At the end of the year, in the shortest of days and longest of nights, she reached out to me.

She had seen, among thousands of other such bulletins, my missive. My small, badly written, flag; a banner in the digital wilderness. I’m here, it said. I’m single. Say hello.

We swapped messages over a week, my comm fielding her responses and increasing flirtation. My mind, in turn, increasingly focused on her, in the dearth of anyone else. She tested me out, then decided wanted to meet. The strange, distant presence, only a collection of pixels and data points to me, wanted to change that, bringing our real lives into some form of personal connection.

I liked it. There are many dating bulletins out there, and many platforms to use. The one I had chosen has, in my recent experience, no greater or lesser change of working out. But it’s more honest, more open, and easier to understand what’s going on. And it can work. It is a modern twist on the ancient classifieds.

Soon, however, she had panicked herself, sending a message to say we couldn’t meet up. It wouldn’t work, she said, she wasn’t in the right place.

A week later, we met up. High on the hills over central Citadel, we talked in a bar. I’ve covered it before. It went well. We agreed to meet again; her suggestion.

She cancelled that meet, and did it hard. Five minutes before she was due to depart for my place, she sent me a generic and obvious lie. Insultingly clear in its falsehood, it genuinely upset me. That was a hard night. I had let myself get excited, and in my excitement I was vulnerable to the let-down. I wanted to drink. I wanted to break my promise to myself, and soak by mind and body in the numbing sedation of alcohol. I managed not to, but only just.

Two days later, all via comm, she had admitted to me the nature of her lie. She apologised. She has a complex life, and finds herself in a place that she doesn’t wish to be, never dreamed of being in, as a stable, successful, home-owning adult woman. In love, but without a lover. United, by hiding the divide. Unable to find the peace her body calls out for. 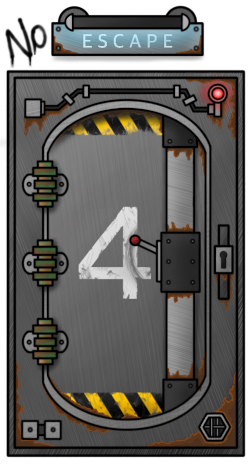 She’s not alone in that; out there in this world there are many like her, cloaking their desires within the safety and shadows of their mind. Of that I am certain. We face steady, controlling, daily reaffirmations; fed to us through unrelenting media mouthpieces, telling us what is right and wrong. Screeching as they tear down those they deem to be scandalous. Reassuring the faithful. They don’t want life to be exciting or unpredictable. You’re a demographic to them, and they need you to stay understood. You should get in your box, and you should be content to remain within it.

She could see that, herself. And she was brave enough to do something about it. She had reached out to me. Something about my bulletin said I was safe, safe enough to trust with her complexity.

We swapped messages, after she had left me down. She slowly chipped away at my new-found recalcitrance. Opened me back up with clear sincerity. She had let her mind run into overdrive, she explained, and had ended up doubting herself, her situation, and her plan. So she cancelled. She had wanted to meet, but hadn’t wanted any pressure around it. The pressure was in her head, and of her own making, that she knew. But it was still there.

We came up with a way to get around that, and not three hours later she was in my hab. Uncertain, unsure, hesitant. Excited. She was breaking the rules that others had made up for her, and she had found someone she could trust enough to do so with. And she did. We did.

It was a caring experience, careful and sensitive. We both, as far as I can tell, enjoyed it. I had turned up the hab’s heating before she arrived, allowing a comfortable temperature, and afterwards we lay in the secluded shelter that only recent lovers know. At rest, at peace, comfortable and in contact.

For about ten minutes, anyway.

She was polite about it, but I’ve seen the signs before – and felt them myself, too, I’ll admit. I saw uncertainty creep back in, as the body let go of control and gave decision making back to the mind: Not knowing if you should have done what you just did. Not sure how to act. Not sure if you just used someone for the physical comfort. Not sure how to hide your sudden change in thinking.

She gathered her things and quickly left. I walked her to the transit, I’m not a monster. We get better at hiding those thoughts the more we understand ourselves, and the more we end up in that sort of situation. It was kind of sweet to see someone working through it.

Understanding her thoughts, and as the transit sped her into the dark of the night, I sent her a message to say she didn’t need to overthink. I wanted her to know, without having to spell it all out, that I got what she was probably thinking and didn’t her to need to add me as another complicated factor for her to worry about. It had been a great evening together, and if she wanted to, she’d be welcome over again. We swapped a few polite messages, and then, at the last… it was just two blue ticks. No reply.

Two days later, I sent one final message. She can get in touch when she needs to, I wrote, and I hope she is navigating her situation. If I don’t hear from her I’ll not be upset, nor will I blame her. But if she does want to get in touch, well, she can.

Last night, my comm screen briefly flickered into life. I read the message, it was just two quiet words:

I put the comm down, and I let her go.