Tight, tired legs. The run, yesterday, was the first in months. I’m now hearing all about it from my body. Tough luck, limbs; I’m going to do that to you again, and again. I’ve been seeking articles on this running organisation, out on the data net, and it seems like something worth repeating. As I’m not drinking, what’s my excuse not to, anyway?

The seemingly-perpetual cloud cover finally broke during in the night, after fitful gusts of the afternoon picked up into a stronger, determined, wind at around 0000. Today, thin and pale light casts long shadows from a low angle. It’s about ten degrees outside, or some my voice-assist tells me. I’ve been in the hab all day, lying back on the short couch, aching legs hanging over the arm rest. Heating is on, pushing back the frigidity of winter. I’m usually frugal about it, but I need some clothes dried out quickly. Left the wash-cycle too late.

I’ve been reading. Sensed the end was approaching on the story I had been sloughing through, and finally felt the pace the author had intended. Finished it a short while ago and put down the reader to reflect on the grim future the story outlined: a galaxy locked in war, humanity falling from grace. Neo-Gothic religious fervor drowning out progress, in a stagnant society that just seeks to survive. Cheerful stuff.

I’ve been on the caf all morning, but brewed up a batch of leaves to think with after I was done with the novel. It started well, and ended well, but the middle was a slow crawl. The author was invested too much time into schlock descriptions, taking obvious joy in delivering the macabre and the gross, but at the cost of killing the pace. There are a surprising number of ways to describe the same filth, but the mind becomes numb, terror is lost to the bombastic detail.

But hey, the writer made a living, so each to their own. It worked for them; they got their credits.

I spent two, maybe three hours reading. Probably means I’m procrastinating about something else. Brain is stubbornly refusing to remind me, and it’s a rest day, anyway. So maybe I don’t really care, today. I’m taking me-time and staying put. Ignoring the dust. Ignoring the hidden cache of paperwork. Ignoring the life maintenance-cycle. Today is for the mental state. A day to just enjoy.

Swapped some messages on the comm with Onyx, checking in on the body-mod, then threw on a stim-stream, knowing it was more like two that I was going to watch. Well, I tried to. The stream got stuck buffering, and I don’t know where else to find the one I wanted. Something else, then. Decided to break out the old bass guitar and give it some practice. I’ve not done that in a long while, and the electric instrument feels like it sullenly resents me. It was made to sing, and instead it watches from its alcove as I go about my life. I let it down, when I bought it. 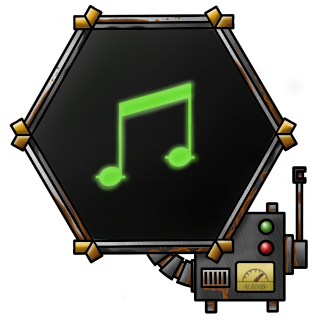 Funny how we do that. Guilt builds up, or a task builds up, and instead of addressing it, we ignore it. Causing it do build event further. There are, I think for a moment, people out there who can avoid letting this happen. Organised enough to stay on top of things. Or is that part of the lie we all see, we are all told? Perhaps even the most successful person out there still has a pile of tasks, chores, or even dreams, left to fade and die in the background rubble of their life.

I pull the bass out from its corner of the hab and plug it into the terminal. I load up a learning module and run through the calibration cycle. The weight of the instrument is familiar in my hands. It is only a cheap entry-level thing, but it’s mine. The heft of it takes me back a few years. To other days, with other dreams. Gone, now. But not lamented, just gone.

I play, clumsily but with enthusiasm, for a hour. The sun is already descending below the horizon. Short winter days, long winter nights.

Deep beneath the chilled surface of the world, small specks of life wait for their time. The next six weeks will be the coldest of the year, today is just a respite. But when it ends, the seeds will push, up through damp earth, and break for the sky. In hidden burrows and nests, small animals sleep for the winter. They, too, will resurface when the cold ends. Perhaps this is how I currently feel, as well. That this is my hibernation, my time to take stock, preparing for the year ahead.

It is a quiet day, today, and I’m okay with that.