The other half is in the dry store. Should be fine to keep the goods that way until they are needed.

I won’t say I’m a good at food-prep. Or that I’m particularly neat. But at a steady pace, cleaning as I went and following instructions from the data feed, I was able to at least make it edible. Had to scrub everything in the hab’s cooking area multiple times, between each round. Hands feel dry, now; the skin, tight. 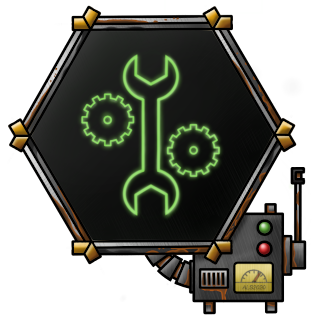 Fitted the new brake pads to my bike. Stripped two bolts while doing it, had to break out a hacksaw to get them off. Hands were caked in filth by the time I was done, they needed to be scrubbed even more. In the winter, you can’t hide from how much grit and grime is out there on the roads. Can’t touch that bike without it ending up on me, too.

Shoulders ache from yesterday. Spent all morning cooped up in the hab with the supplies, decided to head on out in the afternoon to stretch myself out a bit. One of the good things about this part of Citadel: there are several open spaces within a short walking distance. Pulled on a thick jumper and headed to a nearby designated green-space, jacket open and hands in pockets.

No music on, though. I don’t often plug in to music when I’m out. I prefer the ambient noises of the world around me. It has its own beat, its own rhythm. I don’t buy into that lifestyle; where jacking into the music and the data feed, endlessly scrolling on the comm and shutting the whole world out, is deemed a sign of consumerist success.

Outside, a featureless cloud covered the sky again, casting a grey shadow over everything. But it kept the temperature just as unremarkable; I didn’t need to brace against the cold, today.

Wandered without direction, really, once I got to the parkland. Followed paths in a rough circuit, but otherwise with little direction; watching the world as I passed. Sometimes walked on the asphalt, sometimes on the grass, feeling the damp ground give beneath my feet.

I shared the place with couples, families and dog-walkers. The usual. Didn’t pay them much heed, and they paid me less. Just a middle-aged man walking by himself. Utterly unmemorable. Didn’t really mind, today. My mood matched the weather, I guess, lurking in some kind of ambivalent holding pattern. I did, briefly, field a ball for a woman, her dog had abandoned it and she hadn’t noticed. Less than five seconds of talk with a stranger but it was, if fleeting, a connection.

Towards the end of my meandering loop, I found a hedge maze. I’d heard rumours it was there, but had not come across it yet. Checked the amount of light left in the afternoon and ventured in. I doubted the maze would be all that hard, but sundown was only an hour away, I didn’t want to be out in the empty green too late.

The maze was clever for its size. I’ll go back when the leaves are out again, after the winter thaws, to see if thicker hedges make it harder. I think the last choices were too easy, as I could hear the family a few turns ahead discussing their route. Still, it was an interesting little side-quest.

After, I wandered past the old transmission tower, wanting the strange sense companionship I feel when seeing that ageing technological edifice. Captured a couple of stills for posterity, as I don’t normally get that near to it. Can’t help but stare upwards when I do. It’s high enough to be swallowed by cloud, some days.

Health tracker buzzed on my wrist this evening, as I readied a simple dinner back at the hab. All activity targets for the day were hit.

So that’s something, at least.